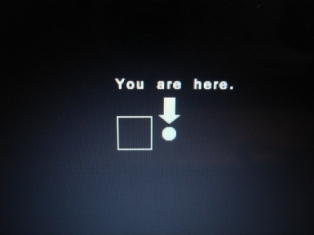 Here’s my third crack at Moes Takes, which last ran in February.

As a refresher, I worked with Rob Moes who was VP of marketing for Philips in the mid-1980s. During an interview at COMDEX, a reporter pressed Moes for projections on how many CD-ROM drives would be sold looking out five years. Rob responded “That’s like asking Mrs. Magellan how many lunches to pack.”

That’s why I call these fresh quotes culled from recent publications “Moes Takes.”

“I never say we are turning the corner because it seems to me that if you turn the corner four times, you’re back to where you started.”

It was clever the way Mr. Gulati put his high school geometry to work to figure this one out.

“In the sports community, one never wants to be satisfied. There’s always room for improvement.”

I thought it would be fun to periodically dip into the archives, so this one rewinds the tape to 2005:

“The problem is at some point I do need to make money. I have enough traffic and enough money from Google ads to pay the bills but the profits are just enough to buy me a carton of cigarettes.”

This is classic Om, with a remark that is textured in the mode of Salinger.

He tells the world, the hell with convention, I’m going to smoke. But scrutinizing the quote more deeply, he calls out the quantity as a “carton,” not a pack, sending a message that he’s doing fine, thank you very much.

“Everyone needs money to pay the bills. Thankfully, the revenue from Google ads achieves this objective, allowing me to eat, pay the rent and even indulge in a smartphone.”

I love this quote. Very Chicago-ish.

When questioned why lay cable in the Hudson River instead of on land, he makes it clear the demands of the fish constituency are far less than human beings.

“Today’s taxpayers do not want cabling infrastructure near their homes, a problem that disappears when the cabling is placed in rivers and the ocean.”

Keeping with the political theme, we captured this final quote:

“We have to put an end to this. The public should not have to mortgage their houses for a soft drink and a snack [at movie theatres].”

You can never go wrong with hyperbole.

But note that the hyperbole must work within a geographic context.

For example, this quote wouldn’t make sense in places like Stockton, California, where a box of Dots has held its value better than the housing market.

“As the voice of the people, elected officials have a responsibility to cap the price of a soda and popcorn at movie theaters. People shouldn’t have to spend large sums of money for this pleasure.”

I’m always on the lookout for compelling quotes. If one catches your attention, please e-mail it to me at lhoffman@hoffman.com.