I write a bi-weekly column on Silicon Valley for the Korean newspaper Electronic Times.

Here’s my latest column (before translation) on the quest for engineering talent when demand far exceeds supply.

“Mamas, don’t let your babies grow up to be cowboys
Don’t let ’em pick guitars and drive them old trucks
Make ’em be doctors and lawyers and such” 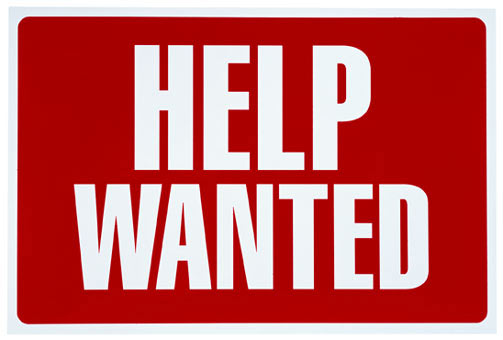 These lyrics come from the song, “Mamas, Don’t Let Your Babies Grow Up to be Cowboys,” by the country western singer Willie Nelson.

If Willie could rewrite that last verse for Silicon Valley today, he would replace “doctors and lawyers” with “engineers and scientists.”

Virtually every tech company in Silicon Valley is on the hunt for that most precious commodity, the whiz-kid engineer from a premier university like Stanford, Cal Berkeley, MIT, Carnegie Mellon, etc. Those who fit this description can expect to be pampered like basketball superstar Kobe Bryant.

No, that’s not accurate.

The whiz-kid engineer can actually expect BETTER treatment than Kobe.

Let’s put money aside – obviously, this talent is highly compensated – and look at how Silicon Valley companies are rolling out the red carpet for a hypothetical whiz kid we’ll call Robert.

Robert drives up to his reserved parking space, but he’s not alone. His dog Jetson gets to hang out with him at the office. To avoid interrupting Robert, the company has hired a valet to walk Jetson when he needs to “take care of business.” The valet also takes care of feeding all the office pets, which include a friendly iguana.

Before Robert has settled into his office, the company barista arrives with a double latte in which the milk has been steamed at a precise 136 degrees Fahrenheit (Robert prefers his latte slightly below the standard temperature).

At 10 a.m. the company dispatches an administrative assistant to Robert’s new house to let in the cable guy to install a system. Striving for efficiency, the assistant also restocks the pantry with groceries – Robert favors the lower sugar ratio in Antonovka apples imported from Russia – and takes care of his dry cleaning.

A stomach growl at 1 p.m. signals to Robert it’s time to head to the company restaurant where the chef prepares a penne pasta with salmon. Naturally, its wild salmon lest the company offend Robert’s taste buds with farm-raised salmon.

On his way back to the office, he pops into the company salon and asks for a hair trim similar to the one actor Matt Damon favors. As Robert scans the salon, it still strikes him as weird to see guys getting manicures.

And the company just hired a Reiki specialist for those who find their stress levels rising.

Anyway, you get the idea.

It’s not just about the money.

Companies want to be perceived as cool and different to attract the best of the best; hence, the perks keep escalating in this battle for talent. It reminds me of the dot-com mania days in the late ’90’s when the energy seemed to feed on itself.

Google has publicly shared that it will hire roughly 6,200 people around the world this year with at least 2,000 of these new employees planted in Silicon Valley. Facebook already has 1,400 employees in Silicon Valley and plans to move to a new campus this summer which can house 3,600. Twitter’s employee base stood at only 140 just a year ago. That number has now tripled with the company talking about growing to 3,000 employees by mid-2013.

And this only tells part of the picture.

Don’t forget that the heavyweights in the Valley like Apple, HP, Intel and Oracle are also feverishly striving to find engineering talent. Even Dell, which has its roots in Austin, Texas, plans to employ as many as 1,500 people at its new R&D center located in Silicon Valley. On the other end of the spectrum, the growing number of startup ventures and their potential mega payoff through an IPO adds to demand.

It’s revealing to look at the management team of a database for unstructured information company called MarkLogic that’s enjoyed 45 percent growth over the past year. The title for Josh Narva is simply “Vice President, People.”  It’s all about the people which explains why VC firm Sequoia Capital hired Josh as employee No. 7.

Reed Hastings, the CEO of Netflix who garnered considerable attention by publicly sharing a slide deck on the company’s culture, founded his first company called Pure Software back in 1991. We supported Pure which did indeed have an actual iguana roaming the halls.

Such radical thinking 20 years ago – if it makes employees happy let’s go with it – is standard operating procedure in Silicon Valley today.