The Korean newspaper Electronic Times asked me to write a series of columns that looked at business issues through the lens of Silicon Valley.

One column emphasized that a successful product launch starts by doing your homework:

Foreign tech companies often don’t take the time to do their homework and figure out how their product can be refined to best appeal to the target audience. Incidentally, U.S. companies are guilty of the same mistake when they enter markets in Asia and Europe.

But you know what?

The same point could be made of U.S. companies launching in the U.S. that often rush to market without understanding of the customer.

Before getting sidetracked by the Google announcement of a new CEO, we were discussing why foreign tech companies often fail in the United States.

Company XYZ launches a product in its home country to great acclaim. Everything goes well. People love the product.

Embolden by success, Company XYZ now decides to address the bigger revenue opportunity in the U.S.

But the U.S. media and even consumers write negative things about the product.

Stung by the criticism and lack of sales, Company XYZ is left to reflect on how this could be.

Often, the core problem lies in the company’s believing that the same product features that commanded such relevance in their home market would hold similar appeal in the U.S.

At the risk of oversimplifying, consider how global food companies build their brands. The menu shifts from country to country to meet the unique tastes and cultural nuances of each market.

Take McDonald’s, which got its start by applying mass production techniques to the humble hamburger and essentially invented the “fast food” category. Out of McDonald’s $6+ billion in global revenue, roughly 65 percent comes from markets beyond the U.S. corridors.

McDonald’s does not expect the same food items that are best sellers in the U.S. to cause Koreans to line up at its doors in Seoul. Instead, the menu of McDonald’s in Seoul features kimchi, bulgogi burgers, and red bean pie, items that aren’t sold in the U.S. (even though bulgogi is immensely popular in the U.S.). 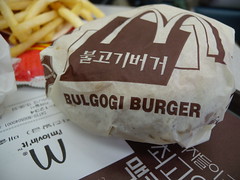 Furthermore, McDonald’s didn’t just decide to sell these items and others in its Seoul stores because the CEO thought they were a good idea. They tested multiple products before finally deciding on the ones that research showed would be most successful.

Which brings me back to the main point –

Foreign tech companies often don’t take the time to do their homework and figure out how their product can be refined to best appeal to the target audience. Incidentally, U.S. companies are guilty of the same mistake when they enter markets in Asia and Europe.

For startups and smaller companies, I recognize that the cost of officially testing a product in a new market can be prohibitive. But there are ways to get valuable feedback without spending a truck full of money.

Just getting your product in the hands of 10 or so people who fit your target audience for their feedback can offer insights.

If you offer a mobile app or perhaps a web service, getting people to use the product as part of a beta program is another approach to gaining customer feedback.

We’re currently working with a startup called Zediva which streams new-release movies to different digital devices. The company leveraged Survey Monkey (free) so people who tested the service in beta form could then answer a few questions on their experience. This allowed Zediva to fix the issues which elicited negative remarks before officially announcing the product.

Side note: Yes, the MPAA has since shut down the Zediva service but that’s a different issue. The company did it’s homework to understand the customer.

Of course, this last sentence gets to the crux of the issue.

Listening to the feedback isn’t enough.

You must act on the feedback, which takes time and consumes resources.

It’s all about getting the product right.

Because the right product will generate positive media coverage and product reviews. The momentum can feed on itself because the voice of the consumer has become such a strong factor in a product’s success during a launch.

Don’t get me wrong. Media coverage still carries considerable influence. A David Pogue from The New York Times or a Walt Mossberg from The Wall Street Journal can make or break a product. And the pure online plays like CNET still have clout.

But the consumer now has a way to review products on forums such as Amazon and Best Buy which can mean reaching a mass audience just like the traditional media.

It’s kind of crazy when you think about it. Some average guy sitting in his living room in Tulsa, Oklahoma, can write a review that ends up having just as much influence on buying behavior as a major national newspaper.

Programming Update: Due to technical difficulties, our originally scheduled post, a continuation of the interview with Peter Lewis, will be published next week. Without getting into the sordid details, I’m finding WordPress to be a fussy and our technical expert is on vacation this week.