Storytelling in the Official ... 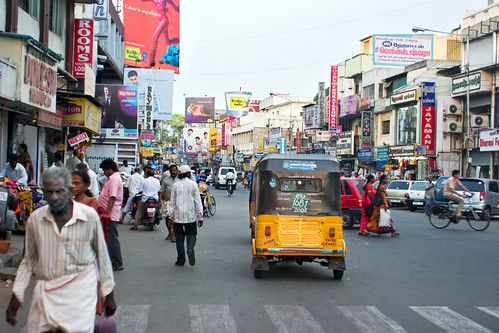 There’s a reason that the official Google Blog is so well read and shows up on the Techmeme leaderboard.

Beyond dominating search, the Google posts are crafted with a conversational tone and often contrast the old way with a new way.

In short, it explains how improved directions in India came from including landmarks (visual cues) that both describe a turn as well as confirm that the person is on the right track.

For the men in India who are not big on asking for directions (and you know who you are), this latest incarnation from Google must be a godsend.

The storytelling kicks in with a screenshot of Google Maps directions in India from 2008:

It’s almost like you’re expected to tape measure each leg.

Now look at how map directions in India appear today:

Even if you don’t speak the local language, these directions give you a fighting chance to move from point A to point B.

The contrast is obvious.

Often, companies are reticent to explain the “old way” because they mistakenly feel it comes across as a “negative.”

Yet, this information is vital to putting the “new way” in context.