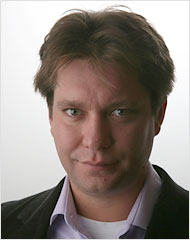 Tired of watching the Web 2.0 hotshots dominate business media stories on computing, they thought, “Finally. Here is a major daily bringing on Vance with the implied message that enterprise computing once again matters.”

It was as if people forgot that Vance wasn’t coming out of Computerworld or Dr. Dobbs Journal. This was a guy who spent five plus years honing his entertainment chops at The Register, the book which proudly exclaims on its masthead, “Biting the hand that feeds IT.”

For Exhibit A, consider the 2008 Register “radio” wrap-up by Vance with the header “Bill Gates cried to make the world a better place” and classic Vance narrative:

Apparently, Bill Gates let some lass from 23 and Me have it when she tried to draw a link between vaccines and autism. Touchy stuff, I know. But Bill loves his vaccines.

No, this is not your garden variety trade journalism.

Where am I going with this? 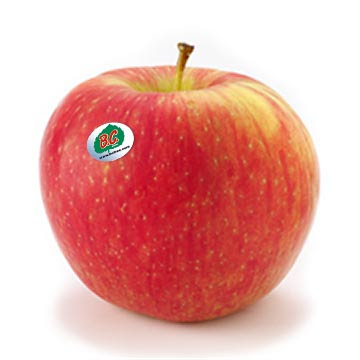 The story explains how the University of Minnesota took proceeds from licensing the “code” to Honeycrisp apples to help pay for a $6 million supercomputer.

Can you imagine the university’s computer scientists going door to door selling chocolate bars to raise this kind of dough? No way could they equal the windfall from the apple IP.

Plus, the story is humanized by explaining one potential application that would improve a surgeon’s game before an operation.

Scientists at the University of Minnesota have started looking into creating scans of hearts and brains that can then be translated into 3-D images on a computer. With such technology, a doctor could, for example, practice doing surgery on not just any heart but rather your heart ahead of the actual surgery.

Hard to argue with the upside of this one.

Vance closes by bringing the story back to fruit, noting that while the University did not maximize its revenue from the Honeycrisp, they’re projecting up to $30 million per year in licensing fees from its latest incarnation, the SweeTango.

Kudos to HP’s Erin Collopy and her Burson team (HP helped build the supercomputer) who set the stage for the piece and ensured Vance had access to the right people at the U of Minnesota.

Ironically, it was also a medical angle that landed one of our clients ILOG in The New York Times earlier in the year in another Vance story: “The Doctor Will B.R.M.S. You Now.”

Again, the technology was humanized by showing the benefits to hospital patients framed by the fact that 1.5 million people are hurt by medication mistakes annually, which adds $3.5 billion to the hospitals’ tab.

I thought we had nicely made the point with hard data, but Vance managed to extract a pile-on comment from the director of IT integration at Vanderbilt University Medical Center:

Even top-notch doctors miss key factors, and things slip through the cracks.

To close on the subject at hand –

Enterprise computing stories need that entertainment quotient and contrarian twist to play on the big stage.