Jeff Vance has figured out PR is not the enemy.

He’s the guy behind Sandstorm Media, a service that straddles the line between journalism and content marketing.

As a contributor to publications ranging from Forbes.com to Network World, his database of PR contacts essentially serves as a tool for crowd sourcing story ideas and industry experts.

I thought his recent perspective on using Twitter to promote clients hit the mark.

While I still contend storytelling in 140 character chunks makes for erratic narrative, the techniques hold relevance.

With Jeff’s OK, here’s that perspective in guest post form. 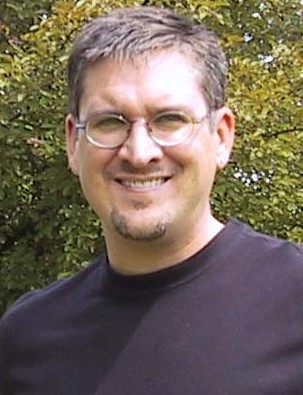 A colleague of mine sent me a link to a story about finding business leads on Twitter. There is some value in the story, though it’s kind of simplistic. The gist is this: search for people looking for your services not only in Google but also on Twitter. Yes, someone got an entire article out of that pretty obvious thought. But, hey, those of us who create content for a living aren’t always going to hit home runs.

However, the story did get me thinking about how to effectively use Twitter. PR and marketing reps love Twitter. Many of you are way better (and more consistent) at using Twitter than I am.

However, even the best Twitterers often aren’t putting out compelling content when they Tweet. Often, when PR or marketing folks Tweet, they announce a product or some company news and simply link to a press release, and that’s about it.

What works on Twitter? Humor and gossip are two big ones. I follow OldHossRadbourn not for his old-timey baseball wisdom, but because the Tweets crack me up. I follow the Tech Gossip List because I want to stay up on acquisition rumors and such.

How does either of those things help you as you try to get the message out for your clients, though?

I’ll confess that I don’t use Twitter as much as I should. When I tweet, I use shortcuts. Nine times out of ten I’m simply tweeting an article of mine that published somewhere. Usually, it’s simply a matter of hitting the “retweet” button, and my tweet posts with a headline and a tiny URL.

Do your Tweets do that?

Many of the PR-written tweets I see don’t grab your attention. “Company X and company Y formed a partnership. Read the release here.” “Check out our new blog post about our award from this or that trade show.” “Our Fancy New Startup just released its first product. Read more here.”

These are all actual tweets I read today, just with the company names stripped out.

As is, these tweets will only interest those directly involved with the companies because they have no hooks. They don’t grab your attention. They don’t raise a question that makes you want to read more to get an answer.

The easiest way to make your tweets more compelling is to write them as if they were headlines. Instead of “Our Fancy New Startup just released its first product,” how about focusing on the problem the product solves?

Let’s say the product offers some type of cloud security. Off the top of my head, a better headline would be something like “Worried about cloud security? Find out how to put those fears to rest.” Or “Don’t fear the cloud. Learn a surprising new way to secure cloud environments.”

Okay, those aren’t perfect, but you get the idea.

One final thought on Twitter and content. What should you link to? I’m not a big believer in press releases sent out as “content.” They serve a purpose, but the form is suited to reporters, not readers. Press releases are written so reporters on deadline can quickly grab some news, maybe lift a quote and have a story ready to go in 10 minutes or less.

Press releases don’t tend to read like stories, however. Before linking to the press release, think about instead writing a quick blog entry that is more conversation, more controversial and, ultimately, more readable.

In summary, unless you’re known by a single name – @Shaq enjoyed 3,978,677 followers at last count – use Twitter as an industry platform as opposed to self promotion.

And two, craft your tweets with a certain je ne sais quoi (all I have to show from high school French) that cuts though the noise.

If you’ve had success with a particular technique, please jump in.