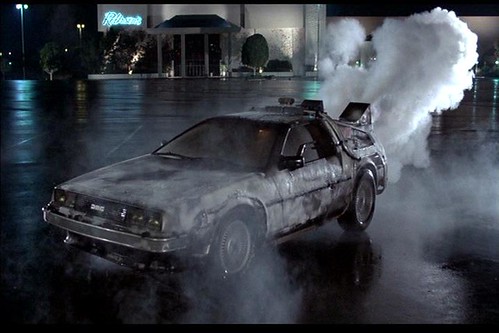 I cruised back through my 2009 posts, flagging my personal favorites.

1) AIG Jumps Into Fray with Its Side of the Story

This was my first time getting in touch with my inner smart-ass self:

The power of empathy championed by Oprah and her ilk is not lost on Mr. Liddy. His op-ed kicks off:

The government rescue of American International Group (AIG) and other financial firms has produced a palpable wave of anger on the part of Americans and a rising public demand for accountability from corporate and government leaders. The anger is understandable, and I share it.

Is he saying that he shares our anger or he shares an understanding that we’re angry? I’m not sure. Still, right move to jump on the anger bandwagon.

One of my soapboxes and the following perspective from Dick Costello (now COO at Twitter) absolutely nails the issue:

By applying the same storytelling principles to our own brand-building, we’ve enjoyed attention from a range of media properties, including an op-ed in BusinessWeek. I got a kick out of the following line even if the only positive feedback came from my mom (“You never liked carp. I remember when we took you to Lake Mead and …”):

If we learned anything from the Troubled Asset Relief Program (TARP) last year—never a good sign when an acronym rhymes with carp—it’s that pumping large sums of money into the banks by itself is not the answer to the credit crunch.

4) The David-Against-Goliath Story Never Goes Out Of Style

Malcom Gladwell has taken non-fiction storytelling to a new level. This post examines one of his New Yorker pieces:

He frames the story with a subplot that anyone can relate to: a youth sports team, in this case a 12-year-old girls basketball team coached by the CEO of software company TIBCO, that demonstrates effort and smarts trumping expertise. Think Bad News Bears in pigtails (although it’s tough to visualize TIBCO CEO Vivek Ranadivé playing Morris Buttermaker instead of Walter Matthau).

Storytelling in the business media benefits from quantification. The numbers add up to one mega project:

Side note: Can you imagine? I can’t even get my neighbors to trim their avocado tree hanging over our front yard.