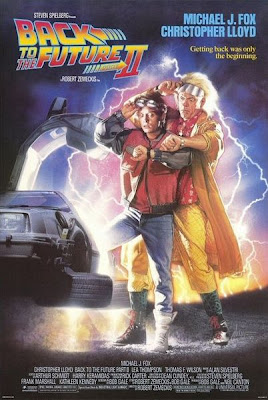 I shared half of my list of favorite posts from a cruise through the past yesterday.

I came up with the Iron Reporter concept for scrutinizing how two different reporters cover the same topic. In this case, my investigative reporting instincts dug up a tweet that possibly explains why Paul Glader from the Journal didn’t fair well against his compadre from The New York Times:

7) Power Of Contrast Comes Through In McDonald’s Story

Given the countless meals at McDonald’s during my youth, this was a disconcerting walk down nostalgia lane:

I can’t believe they’re doing away with the fiberglass seats. It was almost a rite of passage for every kid to misbehave in McDonald’s, inevitably fall off the chair and get conked on the head as a reminder from the karma gods to listen to their mom.

Media coverage on the Bilski intellectual property case before the Supreme Court spiked in November, allowing me to make my own case for anecdotes (like the Piggly Wiggly patent) and do some original reporting on the side:

It’s comforting to know that even back then, the U.S. Patent Office moved at its own pace.

I love the language in the actual patent:

The object of my said invention is to provide a store equipment by which the customer will be enabled to serve himself and in so doing, will be required to review the entire assortment of goods carried in stock, conveniently and attractively displayed and after selecting the list of goods desired, will be required to pass a checking and paying station at which the goods select may be billed, packaged and settled for before retiring from the store, thus relieving the store of a large proportion of the usual incidental expenses, or overhead charges required to operate it, all as well be herinafter more fully described and claimed.

Apparently, English teachers back in 1917 were a bit more tolerant of run-together sentences.

Social media extraordinaire Steven Farnsworth gave me a pulpit to address the future of PR skills, which I also posted in Ishmael’s Corner:

One of my favorite modern artists is Chuck Close who takes portraits to a different level. His painting and photography talent serve as only the starting point for his pieces.

Close has immersed himself in the printing process ranging from carving linoleum blocks to applying acid to his etching plates. Geometry – the use of a grid to break the face down into incremental units – and even topology also come to play in his art.

This collision of creativity and science produces stunning results not possible with only the “arts.”

10) The New York Times Interpretation Of An Enterprise Computing Story

It’s not easy to crack the mainstream media with an enterprise computing story. You need that fresh wrinkle to make for an entertaining read:

The story explains how the University of Minnesota took proceeds from licensing the “code” to Honeycrisp apples to help pay for a $6 million supercomputer.

Can you imagine the university’s computer scientists going door to door selling chocolate bars to raise this kind of dough? No way could they equal the windfall from the apple IP.