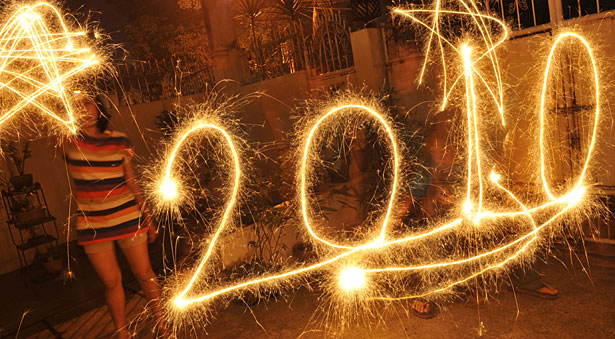 In honor of the milestone, I’ve captured my personal eight – lucky in Chinese numerology – favorites from the first half of the year.

1) Communicating with Fresh and Compelling Language

This was my first edition of “Moes Takes,” a vehicle to call out clever quotes in stories and show how they would have looked in dulled-down form. For example, Meir Statman, finance professor at Santa Clara University, offered this ditty in The Wall Street Journal:

“The market may be crazy, but that doesn’t make you a psychiatrist.”

The juxtaposition of crazy and psychiatrist makes for great wit.

“The markets are erratic so it’s extremely difficult for the average person to understand.”

It’s amazing how the BP tragedy has put the Toyota recall into the distant memory category.

But Toyota dominated the business headlines for several weeks and could never seem to hit the right communications note to diffuse the crisis.

Its open letter to customers set a tone that I dissected in this post.

The second line can only be described as Clintonesque:

I am truly sorry for the concern our recalls have caused, and want you to know we’re doing everything we can – as fast as we can – to make things right.

Notice that Toyota stays away from apologizing for an accelerator that seems to have a mind of its own. Instead, they’re sorry — no, make that “truly sorry” — that they caused heartburn from implementing the recall.

This type of language gamesmanship causes the customer to check out before getting to the part that matters– that Toyota is going “to make things right.”

Intrigued by the concept of microstorytelling, I conducted an experiment reworking the first graph of Ernest Hemingway’s “Old Man and the Sea” into a tweet stream. Here’s an excerpt:

Here’s another proof point- the boy always goes down to help the guy carry his coiled lines.

If it’s pathetic, it’s not functional. If it’s functional, it’s not pathetic. That’s my deep sea thinking for the day

I saw the sail … pathetic #tiger.

I agree with @ernest- saw the boy help carry the gaff and harpoon and even the sail furled around the mast.

“Long seperated by cruel fate, the star-crossed lovers raced across the grassy field toward each other like two freight trains, one having left Cleveland at 6:36 p.m. traveling at 55 mph, the other from Topeka at 4:19 p.m. at a speed of 35 mph.”

On one hand, you shouldn’t feel like you’re taking the SAT to figure out a love story. On the other hand, the ambiguity pulls you in because you can’t be 100 percent sure when the lovers will actually collide.

Every once in a while I’m inspired to go down the original reporting path.

The Journal deemed Google poaching a Sun employee who had criticized Apple in his personal blog as worthy of an article.

This prompted my own digging.

Perhaps with Madoff fading into the background, The Journal has a surplus of investigative bandwidth.

A company criticizing a competitor.

Among Warren Buffett’s many gifts, he’s a master storytelling.

His latest shareholder letter provided the fodder for this post:

Long ago, Charlie laid out his strongest ambition: “All I want to know is where I’m going to die, so I’ll never go there.” That bit of wisdom was inspired by Jacobi, the great Prussian mathematician, who counseled “Invert, always invert” as an aid to solving difficult problems. (I can report as well that this inversion approach works on a less lofty level: Sing a country song in reverse, and you will quickly recover your car, house and wife.)

I just tried this with a Merle Haggard tune and it works, a sad reminder that no matter how many times I played the Beatles song “I Am The Walrus” backwards, I could never make out “Paul is dead.”

If we were playing American Idol, this post won the popular vote.

After speaking at the American Chamber of Commerce in Beijing on storytelling, a Chinese magazine interviewed me on the topic. This post encapsulates my answers.

The vast majority of people have been programmed to think business is serious so their communication must be dry and boring and, yes, serious.

On the positive side, if you can create a personality, it literally becomes a differentiator in this sea of sameness … which is where storytelling comes in.

Storytelling can become a powerful tool in creating a company’s personality.

It’s not easy to entertain in product reviews.

I had some fun reverse-engineering this particular review on digital cameras.

The review goes old school with the lead ‘graph:

Centuries ago, a young boy in Japan was preparing for a long journey. “You will need much drinking water,” said his master. “Construct a barrel that will catch the rain.”

You can almost sense David Carradine flashing back to his Grasshopper days, an allusion that keeps as the story unwind.