Back in 2015, I wrote that PR’s version of the Industrial Revolution had begun.

I made the point that the upheaval in the business of communications was redefining our world in similar way that manufacturing did in the 18th century and captured 10 symbols as proof points. 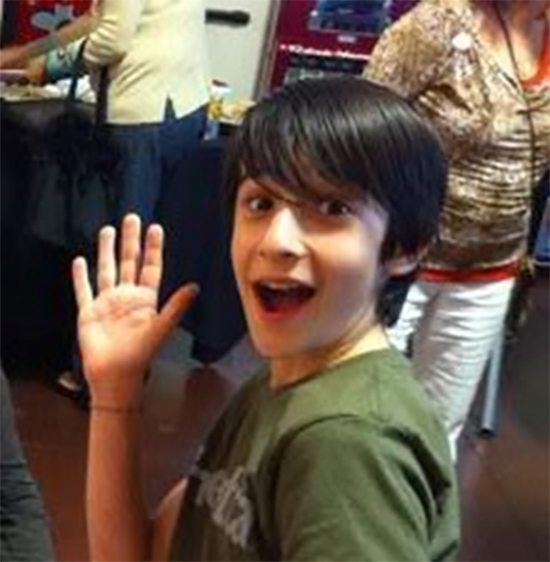 .
Change: Influencers — not just journalists — come in all shapes and sizes.

Two Years Later: The quest to identify and connect with unconventional influencers is an even bigger deal today. Yet, quantifying what constitutes influence is a little like the search for the Holy Grail.

Sure, the White House engages Twitter, Google+, Facebook, Tumblr, Flickr, SlideShare … and the list goes on. But the administration’s true digital savvy comes out in how it shapes in-depth content with a storytelling bent, attracting a mass audience. Exhibit A occurred on December 2, 2014 when the White House cracked the Techmeme Leaderboard, the algorithm-driven list of the most syndicated online “media properties” when it comes to covering the tech industry. .
Change: The reach of owned media can equal and even exceed that of conventional publications.

Two Years Later: Who could have predicted back in 2015 that Twitter would become a game changer in the Presidential elections? Who could have predicted that the President of the United States would turn to Twitter as his channel of voice to take his views directly to the public? Owned media has earned a seat at the communications table (if you’ll excuse the mixed metaphor).

In the course of delivering a freezer to a couple in Dripping Springs, Texas, the driver from a Sears Hometown Store accidently ran over and killed the family dog. Making matters worse, the manager for the Sears Hometown Store claimed it was the couple’s fault for allowing the pooch to roam at his leisure. Less than 24 hours later, www.SearsKilledMyDog.com went live quickly gaining national attraction and helping Sears “see the light.” Credit to social media guru Steve Farnsworth who captured the debacle as a case study.

.
Change: Everyone has access to a digital pulpit (and you can no longer run over dogs with impunity).

While many fixate on native advertising, the partnering of publications and brands in the making of journalism is the more jarring trend. For example, HuffPost teams with Johnson & Johnson to produce a channel called Global Motherhood. Good luck discerning what comes from HuffPost and what has Johnson & Johnson’s fingerprints on it. .
Change: What used to be a blurred line between journalism and corporate storytelling now often disappears.

Two Years Later: Paid content has evolved from curiosity to savior to “it works.” Our role model when it comes to content is T Studio, the content arm of The New York Times, not another PR agency. If you’re still not convinced, check out the projected money earmarked for native advertising: 5. Fortune Magazine Gets into the “PR” Business.

Showing just how far publications — even the most prestigious brands — will go to generate new revenue streams, Fortune offers a service called Trusted Original Content. For a fee, the publication will write stories for companies to distribute on the platforms of their choice. Might Fortune write content for Johnson & Johnson to be published on HuffPost? That would be rich.

.
Change: Publications are behaving like PR companies to land a slice of the owned-media pie.

Two Years Later: This one hasn’t come to pass. I think publications like Fortune realized pretending to be communication consultancies wasn’t the answer to their revenue woes.

6. Google Strives to Squeeze The Technical Gamesmanship out of SEO. .
Change: The door has opened for PR to help companies create online presence with organic search as the prize.

Two years later: I can’t speak for the entire PR industry, but many of our client campaigns include an SEO component. The best content wins today, usually … and assuming you’ve got the technical chops to handle on-page SEO.

This one still cracks me up. On June 20, 2013, The Wall Street Journal tried its hand at BuzzFeed storytelling. Riffing on a Department of Labor study, the Journal created a slideshow comparing the stats of American workers to animals. Can you say non-sequitur? .
Change: In spite of the Journal’s failure, all forms of communication increasingly depend on visuals to cut through the crush of information.

Two Years Later: Thankfully, the Journal hasn’t tried its hand at BuzzFeed storytelling again. Still visual storytelling has grown in importance. More than slicing through the noise, consumption on mobile devices also explains the emphasis on imagery. The chart below shows that the impact of mobile is only going to grow over time. The same could be said for visual storytelling.

Facebook generates up to 20 percent of the traffic to news sites. Even more revealing, 30 percent of U.S. adults get their news on Facebook, according to a Pew study. .
Change: Facebook and other social channels have a huge say in the reach of a given media article.

Two Years Later: No question, Facebook and Google enjoy a dominant position in delivering traffic to media properties. But recent developments show that publishers aren’t going down without a fight. For example, a few days ago, broadcasters cutting across Germany, France and Italy joined hands to sell advertisers pan-European digital video campaigns based on automated trading platform in London. We’re going to see more partnerships like this with the objective of reducing dependence on Facebook and Google.

9. Messaging and Media Are Converging. .
Change: Staying current with social media calls for continual experimentation. And don’t think that the major social media platforms only come from the U.S. They don’t.

Two Years Later: The growth of WeChat tells the story. Can WeChat succeed in the U.S.? Hard to say, but all the major players and upstarts are pushing in this direction.

10. The Crush of Information is Only Getting Worse.

The phrase “content is king” has been uttered so many times, it’s become a cliché. And it’s not even true. Content is not king. Compelling content is king. Unfortunately, if you believe Mary Meeker’s number crunching, the amount of digital information that rains down on us will double from 2014 to 2016. Even if she misses by 20 percent, that’s still a sobering stat. .
Change: The best storytelling wins attention with the rest relegated to the pile of corporate speak.

Two Years Later: It’s tough to get attention. If you develop content to appease internal stakeholders and those with sign-off power, you have no chance. Target audiences will take time with information that offers fresh insights, helps them in some way or entertains. Tick all three boxes and you’ve hit the trifecta.

Back to the question, I’d say these symbols still show the way for a communications industry reinventing itself on-the-fly.

If there’s one rule to consider, it would be to forget the rules, experiment and figure out what works in a world where the lines between media types often haven’t just blurred … they’ve disappeared.